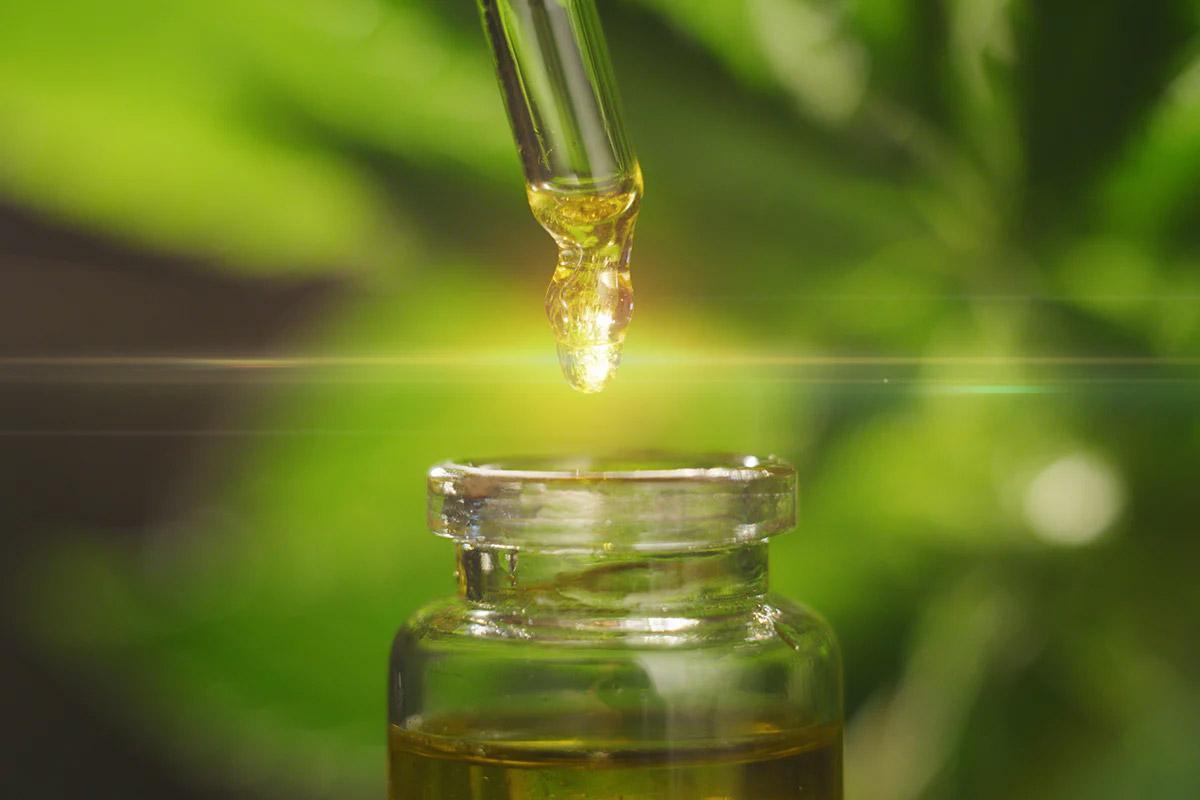 When two or more different substances are combined to interact and produce power more significant than what they possess individually, it is called synergy. The idea behind it is that the whole is greater than the total of its components.

This is precisely the case with substances like Kratom and CBD, both highly potent and influential substances individually. However, they contain untapped potential when used in conjunction with each other. Many people that consume Kratom and CBD together commonly experience this synergy.

If you want to make these two products work effectively for you, it’s crucial to test and experiment a bit. This process will help you determine what suits your body the best while sticking to the mentioned dosing instructions.

Can You Use Botanicals Together Safely?

When looking to use more than one botanical simultaneously, you need to consider various aspects carefully. It’s crucial to understand which botanicals are compatible and which aren’t. You need to be extra careful because some botanical combinations may even harm you. Even if you are spacing the botanicals through the day and not taking them simultaneously, there can be some level of combined influence.

You must be aware of all the facts about the botanicals you plan to consume and understand whether they work synergistically. In addition, consult a well-trained professional and get confirmation from them about using these botanicals before including them in your daily regimen.

Both CBD and Kratom have been around for a while, and, naturally, people will want to know whether the combined use of these substances is possible. To better understand how these work in conjunction with each other, you also need to know their unique properties and their effects when consumed individually.

Understanding What Kratom Is

Kratom (botanical name- Mitragyna speciosa) is an evergreen tree that grows naturally in the tropical regions of Southeast Asia. The natives in these regions used Kratom in traditional herbal medicines, steeping its leaves in tea. Now, Kratom has made its presence felt in the Western world. It has become popular amongst people that want to experience its potential benefits.

Kratom comes in a variety of strains, the main ones being white, green, and red. These are a natural progression in the leaf color, but white and green strains are not so common in nature. Red vein Kratom leaves are used in most commercial Kratom. The powder’s color variations are attributed to the specific harvesting and post-harvesting practices and treatment. Green vein Kratom is the middle ground between its red and white varieties.

The Kratom tree is allowed to mature before harvesting the leaves. These leaves are then dried indoors, after which they are also put through an outdoor drying process. The green strain may potentially enhance focus and cognition. Red vein Kratom is a highly popular strain and goes through a fermentation process before being entirely dried in the sun or under Ultraviolet lamps.

White vein Kratom is more suitable for more seasoned Kratom users because it has a distinctively robust flavor that might not suit a beginner’s palate.

This strain is made from younger leaves that come from early harvesting and a drying process that doesn’t use any light.

Understanding What CBD Is

Cannabis belongs to the Cannabaceae family and is a flowering plant. There are several similar plants and strains within this genus, and one of these is Hemp. Cannabidiol, or CBD, is a naturally occurring cannabinoid derived from hemp plants as they have a higher CBD content.

Although Hemp belongs to the cannabis family, it is from a different botanical species. Not only does it have a higher CBD content, but it has lower levels of THC and has been used in the industrial space for years. Hemp is a beneficial, resilient, and robust material used in manufacturing insulation, paper, clothing, and shoes.

Hemp plant cultivation is done so that the final product contains minuscule amounts of THC but with a much higher CBD content. Tetrahydrocannabinol or THC is the cannabis’ psychoactive component that gives you a high.

Full-spectrum CBD has 0.3% or less THC content, making it impossible for you to get high from consuming it. However, Hemp contains naturally occurring cannabinoids and THC that work synergistically to create the Entourage Effect. It means they deliver CBD to your endocannabinoid system (ECS) more effectively. The bodies of all living creatures except for insects have an ECS.

It is responsible for promoting balance in various critical processes, including sleep, memory, digestion, as well as immune response. The system contains CB2 and CB1 receptors that interact with cannabinoids, such as the ones derived from plants. If you want to avoid THC entirely, use the CBD isolate crystal- it is 99% pure CBD. Although this will not provide you with the extra efficiency from the Entourage Effect, it is still an excellent way to promote balance within your endocannabinoid system.

Today, CBD is available in various forms, including traditional herbal forms like creams, powders, oils, or capsules. People use CBD in several creative ways, and it becomes an easy and convenient way to include the substance into your daily routine.

How To Combine Kratom and CBD

Kratom and CBD have several overlapping areas, making these substances well suited to each other naturally. You can boost their effects by combining them. CBD and Kratom may help you manage daily stressors better, support optimal motivation and well-being, promoting a feeling of calm. You may benefit from the complementary influence of Kratom and CBD by including them in your daily well-being regimen. This herbal combination is considered safe, but like all other botanical mixes, it’s best first to use smaller amounts and then build it up until you reach the recommended dosage.

It’s a good idea to go slow and explore the effects of these plants and their benefits for you. Both CBD and Kratom are available in many different varieties and forms. If one combination doesn’t work for you, simply try a different one. Based on your specific needs and preferences, give yourself some time and determine which combination best suits your system.

Every person is unique, meaning that the Kratom and CBD combination might not be suitable for everyone. Many different influencing factors can cause various physical reactions in different people. If you discover that the mix doesn’t work very well for you, discontinue its use. Do not delay in consulting with a well-trained professional, and get their guidance on the matter.

Differences between Kratom and CBD

The Kratom and CBD plants share unique biochemistry, which comes from the evident differences between them. Although their effects are similar at times, they are quite different from one another on a molecular level. Mitragynine and 7-hydroxymitragynine are the primary alkaloids in Kratom. On the other hand, CBD can compose approximately 40% of the hemp plant and is its main active component.

Since these inherent differences exist between CBD and Kratom plants, they also have distinctive benefits for the human body. Cannabidiol influences the endocannabinoid system, while Kratom’s alkaloids are associated with the body’s opioid receptors.

Typically, a standard dose of Kratom is 2.4g, and you must not take more than two servings within 24 hours. When you stick to this dosage, it is safe to take Kratom, and you will not have to worry about the side effects of opioids. Despite these many differences, these two highly effective substances can work in tandem with each other, enhancing your well-being throughout the day. Many people have benefited from the combination of Kratom and CBD.

When consuming these botanicals, you must also consider the legality issues. These issues have stemmed from shifting regulations, laws, restrictions, and the confusion surrounding these substances. Before you consider buying them, you must know what these plants’ legality is in your location.

Cannabidiol is legal in the US, and some people are surprised to learn this. However, there is a very logical reason for CBD’s legal status- it is not sourced from cannabis but Hemp. Although there are several apparent differences between CBD and other cannabis plants, it had for long undeservedly been bunched into the same category as the latter and placed on the Schedule I substances list created by the DEA.

However, many notable changes occurred in 2018 when the DEA recognized that Hemp and all its CBD derivatives had been wrongly associated with various other cannabis forms. It’s how CBD was ultimately removed from that Schedule I list where it was previously placed right next to LSD and heroin. While cannabis continues to have the Schedule I substance tag, CBD no longer features on the Schedule list.

In comparison, there is a significant amount of complexity involved in Kratom’s legal status. Some states have banned it outright, while others continue to battle against it.

These intense struggles around Kratom have resulted in many changing rules and regulations, meaning you’ll need to stay abreast of changes in your area of residence. These states have entirely banned Kratom – Arkansas, Alabama, Rhode Island, Indiana, Tennessee, Wisconsin, and Vermont. Some counties, cities, and states that have banned the sales and consumption of Kratom have many additional restrictions in place. If you plan to travel with your CBD or Kratom to another country, you would have to research the destination’s legal requirements around these substances.

CBD is legal in most parts of Europe except for Lithuania, Bosnia, Slovakia, Belarus, Albania, Moldova, and Montenegro. The other European countries might not have straight-out bans on CBD, but there may still be certain other regulations and restrictions in place.

Since there can be an unexpected change in these legal statuses, you must do your research to remain up-to-date with all the local and state’ legality issues surrounding CBD and Kratom.

Kratom and CBD naturally complement one another and support each other and provide coverage in the areas that the other plant lacks. They work together synergetically to offer exceptional benefits, enhancing your well-being.

Designed and Developed By: Royal Ink