Our offices will be closed for the holidays. Orders will not be processed or shipped the week of Thanksgiving – 11/21 – 11/25.
Shipping will resume 11/28. Thank you for continued business! 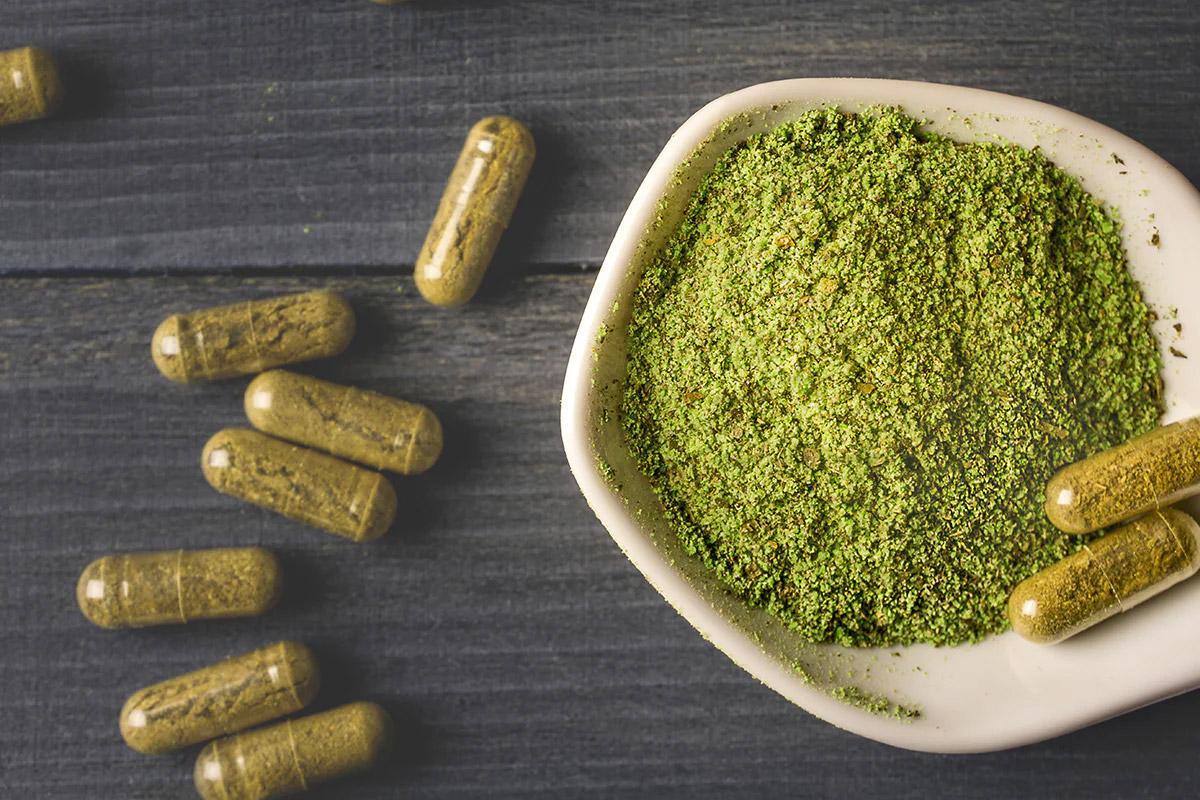 For several centuries, Mitragyna Speciosa, the Kratom plant, has been widely used for its various benefits. It’s been celebrated for its wellness-enhancing properties and effectiveness in supporting overall well-being. The natives of Southeast Asia have for long known about and benefited from using Kratom. Today, it is gaining significant popularity in the US, Canada, and several other counties across the globe.

Kratom powder is a plant-based substance that is effective in improving the lives of people that use it. Kratom has become quite popular in the West over the last decade. So, it’s hardly surprising that there is a flood of misinformation about it. Stigma and fear about it have become influencing factors in creating widespread legislation that aims to criminalize the purchase, sale, and possession of Kratom in any form, including various Kraton-derived products.

Because of all the controversies surrounding Kratom as an effective nutritional supplement in the United States, Kratom advocates have been organizing and regularly engaging in political action. These efforts intend to shine the spotlight on Kratom and its potency as an effective wellness enhancer regularly used by millions of people throughout the country.

The American Kratom Association is an organization dedicated to the public and free dissemination of various Kratom-related studies, facts, and user anecdotes. This collective of passionate people works tirelessly and relentlessly to spread factual information about Kratom, its derived products and bust the many myths surrounding it.

In this blog, the Urban Ice Botanicals experts explore AKA’s mission and its objective as a politically oriented organization. We will also discuss their role in carrying forward the Kratom conversation, its safety profile, and its uses.

The AKAs Goals and Activities

The American Kratom Association 9AKA), a non-profit, represents approximately 15 million Kratom consumers throughout the US and tags itself as a consumer advocacy group. This organization was incepted in 2014. They state their goal as – “To restore full consumer access to kratom and to preserve and protect the freedom of consumers in the United States to make their own choices about their well-being and maintaining a healthy lifestyle.”

AKA has found significant success in its efforts, and by the level of public reception, it gets, the numbers are very impressive. AKAs Facebook Group has over 63,000 followers (as of the publication of this post). It has almost 11,000 Instagram followers and more than 12,000 followers on Twitter.

If you visit the AKA website, you will find several public education tools. There is also a Kratom-specific forum where Kratom advocates, public figures, and consumers share their ideas, promoting truth in communication about Kratom and its incredible benefits for overall wellness.

A curated and experienced Board of Directors governs the AKA. Their goal is to oversee the mission, programs, and policies executed by the organization’s Executive Director and staff on its behalf.

The board members include:

In Washington, he represented the 5th District of Arizona for five terms and joined the organization as Chairman of its Board of Directors.

Among the many political feats Rep. Matt Salmon is recognized for, he is lauded the most for being at the helm of a 2016 opposition to the FDA’s (Food and Drug Administration) recommendation of nationally scheduling Kratom as a standard controlled substance. The common opinion is that if this particular recommendation had seen the light of day, it would mean that Kratom would be nationally banned via a federal directive.

Salmon persuades the DEA (Drug Enforcement Agency) to withdraw its Federal Register Notice, and his effort in this matter was considered a significant step towards protecting the use of Kratom by people in the United States.

Peter is the American Kratom Association’s Executive Director. His primary role is to manage the organization’s day-to-day activities while providing inputs on key strategic decisions the other executive staff members make.

In addition to the Board of Directors, the organization has representatives in several states in the country, where well-organized, localized Kratom-related activities are executed. In 2020, there were more than 25 states in the US where the AKA pursued legislative protections for Kratom and its users.

The Core Functions of the American Kratom Association

The AKA is a coordinated group, and its activities go beyond writing letters to legislators and handing out flyers in various locations throughout the United States. Broadly speaking, the AKA participates in six primary Kratom-related activity categories as below:

Here is a detailed look at each of these categories:

This is arguably the most critical aspect of the Kratom organization’s foundation. It functions as a platform for the nation’s Kratom advocates to share information and engage in meaningful discussions. It also helps to prompt political action about Kratom, regardless of where the advocates reside.

Without this leveling presence of the AKA, Kratom proponents would not be able to speak out in a unified voice and make the desired impact. All their stories of Kratom’s life-changing benefits would typically fade into the shadows.

In addition, because of their consistent efforts at providing regular updates about the status of Kratom in the US, as a controlled substance, consumers of this substance know where it stands in the battles to keep it readily available and legal for people that rely on it as part of their wellness regimen.

The AKA’s various consumer advocacy activities also include organizing in-person discussions about the products. Annually, the AKA organizes dozens of conferences on the topic of Kratom. These well-planned conferences are held at locations of geographic importance because the plant’s legal status is in question in these places.

For those who question the scientific data supporting the Kratom plant’s public health risk profile, the AKA provides a significant amount of information for people to consider. The AKA has systematically collated a list of notable peer-reviewed publications over the years. These publications discuss how Kratom is helpful as a nutritional supplement and its value to individuals facing various life challenges.

This treasure trove of scientific information is not static. There is a constant addition to it as more scientific studies are conducted, resulting in the easy availability of even more Kratom-related data and information.

Kratom’s legal status can be generally secure, outright changed, or challenged through swift legislation at any time. It’s why the AKA keeps is always abreast of every legal classification of Kratom by the United States.

Whenever they get wind of potential Kratom-related changes being considered, the organization swings into action without delay. It mobilizes advocates in that specific area, spreading a slew of fact-based Kratom information. This information serves as a resource for public officials fighting to keep Kratom readily available and accessible.

It’s crucial to keep in mind that the AKA (American Kratom Association) lies in the 501 c(4) category. Per the IRS, and by definition, it means that the organization has to be operated exclusively to promote social welfare and not for any profit.

To keep the AKA in operation and to ensure that the status of Kratom is open and free of any legal constraints, the organization participates in multiple annual and quarterly fundraising events conducted both nationally and locally.

A key aspect of AKA’s strategy involves ensuring that pure, clean Kratom is available to people who want it whenever they need it. On the federal level, the United States government (through the FDA) does this by developing Good Manufacturing Practices specially tailored to the cosmetic, medical device, and nutritional supplement industries.

The AKA has adopted a significant portion of what the FDA has created to manage raw materials in terms of best practices. They follow these best practices to process the raw materials and control the manufacturing processes to reduce the inclusion of heavy metals and pathogens as much as possible.

These best practices are part of the AKA’s Current Good Manufacturing Practices (cGMP) program. It includes a set of detailed guidelines specific to Kratom suppliers that sell Kratom capsules, powder, and various other Kratom-based products to consumers in the US.

(At Urban Ice Botanicals, we are proud to be one of the few Kratom suppliers in the US that meet/exceed AKA’s cGMP program’s regulations. This ‘seal of approval’ by the AKA gives all our customers the peace of mind that they are sourcing their Kratom products from a reliable and reputable supplier.)

The American Kratom Association also engages in fact-backed, thoughtful development of media supporting the people who fight for the Kratom cause every day. The media is composed of detailed videos, informational articles, interviews with medical professionals, politicians, and Kratom users. It also includes press releases, congressional briefings, and more.

The American Kratom Association -Today and in the Future

Wherever there are individuals whose lives have been altered for the better via the use of the Kratom-derived products, there will be a strong need to protect the Kratom plant. We can safely say that without the AKA, Kratom suppliers, users, and its various advocates would have to struggle to keep up an ongoing national conversation and network with each other while discussing the potent benefits of the Kratom plant.

Urban Ice Botanicals supports the American Kratom Association ardently and backs its multiple efforts and perseverance to protect Kratom while continuing to be a reliable and credible source of encouragement and information for Kratom advocates. We know that our customers believe in us because they use and believe in the many benefits of Kratom. They also trust us to provide them with pure and clean Kratom capsules and powders.

Designed and Developed By: Royal Ink

Remember Me
Disclaimer: The statements made regarding our CBD products have not been evaluated by the Food and Drug Administration. The efficacy of these products has not been confirmed by FDA-approved research. We assume no responsibility for the improper use of our products. These products are not intended to diagnose, treat, cure or prevent any disease. All information presented here is not meant as a substitute for or alternative to information from health care practitioners. Please consult your health care professional about potential interactions or other possible complications before using any product. The Federal Food, Drug, and Cosmetic Act require this notice. Our products are guaranteed to contain less than or equal to 0.3% THC as demonstrated on the COA (Certificate of Analysis) found on each product page on our site We cannot ship to NY or LA. We only ship 0% THC to Kansas.&nbspOur products are not for use by or sale to persons under the age of 18 and 21 where applicable. Kratom is banned in the following areas: ALABAMA, ARKANSAS, INDIANA, RHODE ISLAND, VERMONT, and WISCONSIN, We only ship non-enhanced Kratom to TENNESSEE. SARASOTA COUNTY, UNION COUNTY, MALHEUR COUNTY, DENVER CO, SAN DIEGO CA, CITY OF OCEANSIDE CA, JERSEYVILLE IL, ALTON IL, AND SEVERAL COUNTIES IN MISSISSIPPI. We do not ship internationally. Kratom is NOT used to treat, cure, or mitigate any disease, illness, ailment, and/or condition. Please consult your doctor before consuming any new products.